Event: ICT Meetup 2012
Date: 17 july 2012
Organized by: Prime IT Club
Venue: Prime College(New Building) Nayabazar
People learn from their failure, but there are some examples where we can learn even more from winner. I wanna join this context with no other than ICT Meetup 2012, the program was completely perfect with nice handling. The program was obstructed, so it couldn’t get it’s time…it sifted unwantedly but finally it did its role greatly. 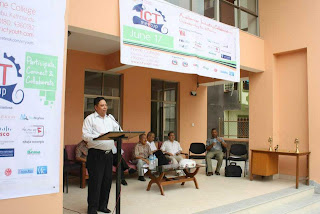 I arrived with my ASCOLians at the mid of the formal session, I got the chance to heard some inspirable speech from Biplav Man Shrestha , former president of Computer Association of Nepal(CAN ,i remember he took some phrase of Steve Jobs. After him, Main Guest Mr. Manahor Bhattrai, former vice president of HLCIT did put some words and shows some truth regarding to cost of man power and chance of global positioning in IT development. In this way some other guest also made their word. The ground was almost filled with participant, they were hurried about the session…some guys were queued for registration and rest were gathering and guffing. 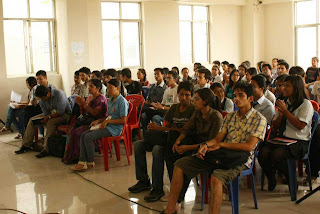 The program was organized by Prime IT Club. But I could see the majority of participants were from the other college and organization than the Prime College. I was surprise to see some unexpected face there, which means, the program had good coverage. After the inauguration session crowd was moved for the presentation session with their interest. There was more than dozen of session and obviously the program was designed for the 3 parallel sessions.  So, one thing was sure that I must lose 2 sessions at least when I sited for one. I prioritize the presentation based on my interest….firstly I decided for Wordpress, secondly GIS, Thirdly Foss Philosophy …………
When I reached on hall1 for Wordpress, the hall was full from the participants and more crowds were hanging outside the door. There were no chair but still lots of participants were expecting to join there….that session was conducted by Wordpress Nepal, Ujjwal dai, Chandra dai, Yalambar  and other were planned to presented. I gave my sit to other one and move outside from that hall1 because I thought at least new participant will get chance to know about Wordpress Nepal and I will obviously with Wordpress Nepal for next Wordpress Meetup. Then, I move to other hall; I saw same crowds in other hall too. The same scenario was seen whole day.
The program was full of spirit, and it was successful program … now I have question in my mind, how did this happen? Why this one program succeed?  Answer was not much complicated. It was seems like due to long hardworking and great planning, more straightforward we can see their perfect planning and hard work…. Every one (organizing and volunteer) was busy with their task, no one was confused with their task they had done very beautifully. This is a great part that I learn from that even and obviously I will utilize sooner. Now my suggestion and expect from Prime IT Club is you guy should prepare for next more great programs, I love to join it……………………..….. 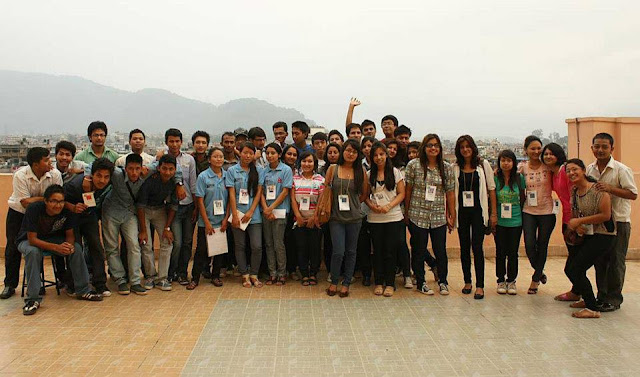